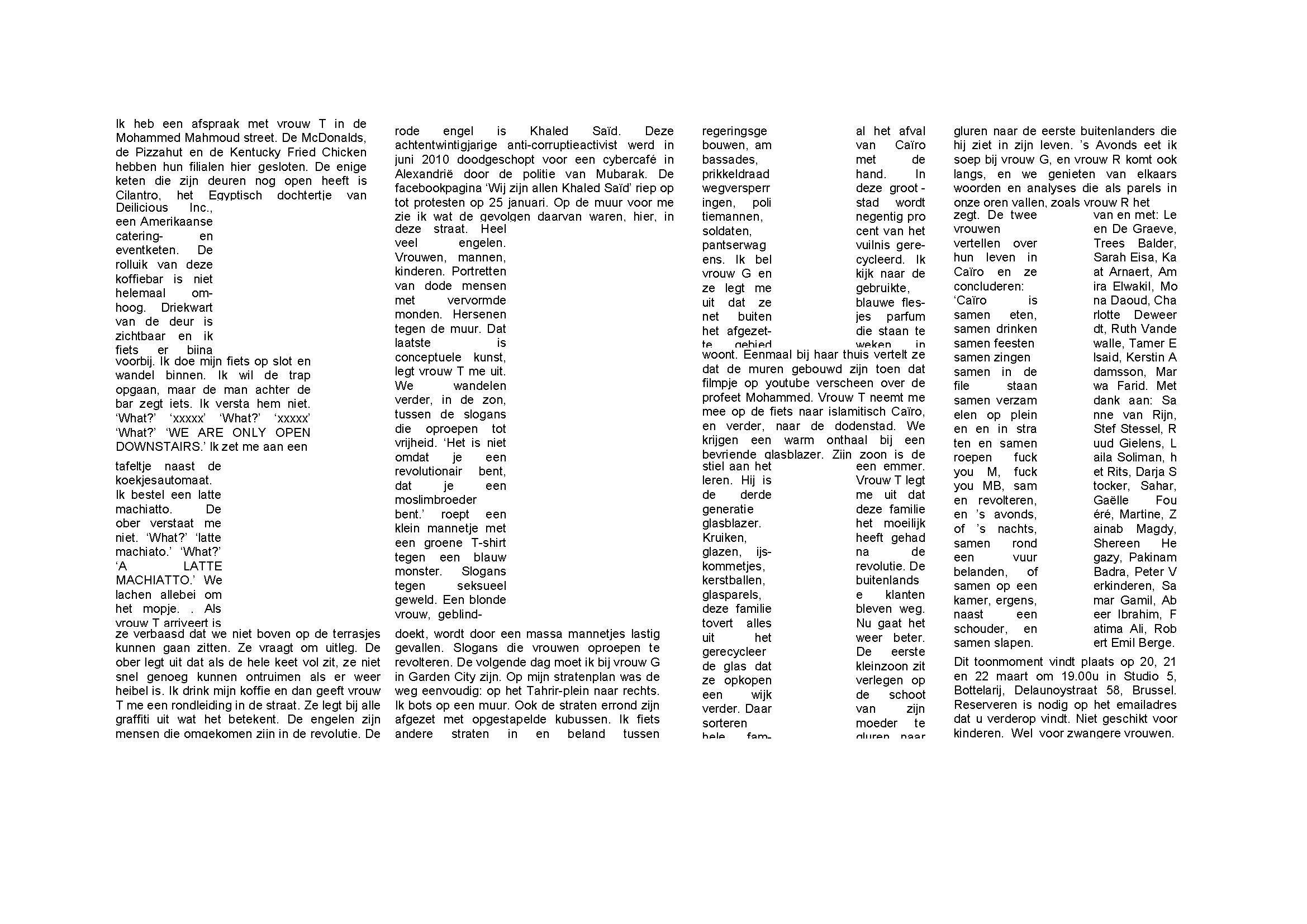 Echo is an experimental research on how to transmit interviews through theatrical means. In january 2013 Leen De Graeve travelled to Cairo and talked with journalists, artists, socialists, politicians, ... on the influence of gender on their work. She asked to express their wishes for the future. She created a video with this rough footage (see up), and used this as inspiration for a theater play.